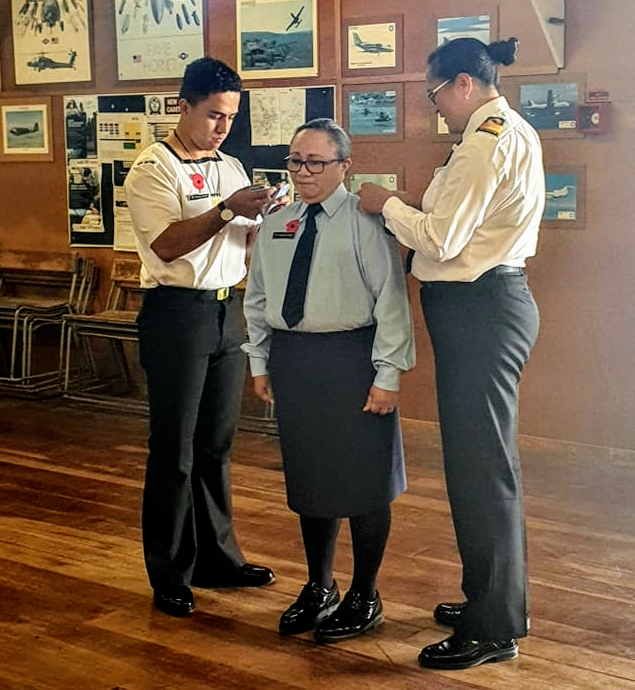 On the left is her son ACSS Morgan Knight, formerly a Cadet Flight Sergeant of 29 Squadron, and on her left is Commodore Ross.

The ceremony was carried out in front of Cadets and parents from RDCU, 75 Squadron, and her own unit, No. 29 (Rotorua) Squadron ATC.

Also present was NZCF Area Controller CAPT Damian Bluett-Marr who listed all of FLTLT’s accomplishments as a NZCF Officer from when she was an Acting Pilot Officer not that many years ago.

As he rightfully pointed out, FLTLT’s dedication to the NZCF and 29 Squadron have been on display throughout, and the latest promotion is a well-deserved recognition for all the hard mahi put in along the way.

No. 29 Squadron is extremely proud to serve under such a well-trained, experienced, and dedicated leader.